INEC Chairman Professor Mahmood Yakubu who announced this at a press conference in Abuja today said the PDP won in all elective positions in the state.

Yakubu said the announcement followed the Supreme Court judgment yesterday that sacked all candidates of the All Progressives Congress (APC) in the general election.

It would be recalled that the Supreme Court had ruled that the APC did not hold a valid primary election in Zamfara and subsequently voided its votes.

Of Fulani Radio and Fulanisation of Nigeria 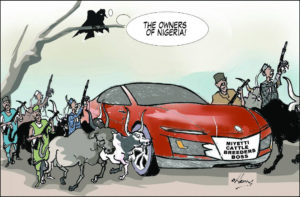