Why I Invested In 4 Crops …Prof.Iwu 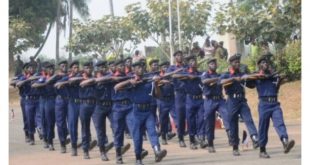 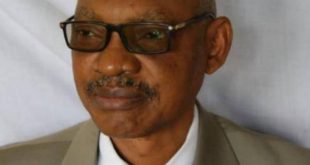 Why I have vested interest in four crops – Professor Iwu
. .
Former Chairman of Independent Electoral Commission Professor Maurice Iwu
The former chairman of the Independent National Electoral Commission (INEC), Professor Maurice Iwu, has explained why farmers should reap the opportunities that abound in four crops, which he has business interest in.
Iwu, who is a professor of Pharmacognosy, with investment in pharmaceutical industries, explained why he has interest in the four agricultural commodities.
ADVERTISEMENT
Speaking at the inauguration of 10 agricultural commodities on Monday in Abuja, the former INEC boss explained why the four crops caught his attention, and what he does with them.
ADVERTISEMENT
OVER 5,000 NIGERIAN MEN HAVE OVERCOME POOR BEDROOM PERFORMANCE SYNDROME DUE TO THIS BRILLIANT DISCOVERY
He said his first interest was on the neem tree (dogoyaro). “We have four organic farms, and without the neem tree, you can’t do organic agriculture.
“Our second interest is on the mushroom. I have a major interest in a pharmaceutical company and we developed a product that is supposed to replace people having to take thermotherapy when they have cancer and so on. So we are very interested in mushroom, a particular type of mushroom we call ganoderma, which the mushroom association cultivates. We have developed a product called immunovite, which is used for cancer treatment. So you can see that I have a vested interest in the work of this association,” he explained.
The professor listed the third crop as hibiscus sabdariffa, commonly known as zobo, saying, “Not many of you know that the biological activities of that particular plant are as good as the artificial anti-hypertensive drugs you take. And we have a product in the market, which is used for the treatment of hypertension based on hibiscus (zobo).”
Speaking on the fourth crop, Professor Iwu said he had an even greater interest in coconut production. “Cocoanut is more expensive and more valuable than oil. It can outclass petroleum anytime, any day. We are interested in that commodity because from it we are able to prepare a fermented dissolved carbon dioxide and a product for promoting the growth of useful intestinal bacteria.
“But more importantly, recently we conducted successful clinical trials with Nnamdi Azikiwe University, where we have coconut, zobo and some other plants, which is now found to be very useful as a treatment for peptic ulcer. We used what we call the triple antibiotic formula, but now, because of coconut, you don’t need to have that triple antibiotic,” he said.
Iwu said he had worked closely with the Standard Organisation of Nigeria (SON) to standardise 15 Nigerian plants, which he urged farmers and members of the agricultural commodities associations to adopt to reach a wide market.