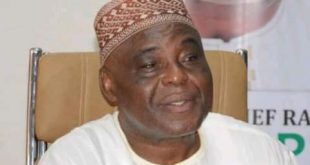 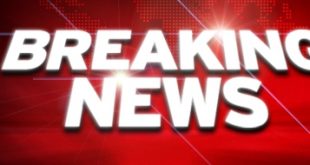 There were allegations of a certain number of appointments and departures deemed questionable and several contracts approved under Adesina’s leadership which were in violation of the bank’s statutory and ethical rules.

This appears not to be the best of times for Akinwumi Adesina, the President of Africa Development Bank (AfDB), who is in the process of canvassing votes for a second term. This is because the United States Government is pushing for more investigation into his activities.

The U.S Treasury Secretary, Steven Mnuchin, has called for an independent probe into allegations by a group of whistleblowers against the AfDB President, thereby rejecting plans by the bank’s board to stop the investigation on the issue.

According to a monitored report from Bloomberg, a letter which was dated May 22 and addressed to the Chairperson of the AfDB board of directors, Niale Kaba, stated that the US Treasury Department disagreed with the findings by the bank’s ethics committee that cleared Adesina of any wrongdoing.

According to the US treasury secretary, “We have deep reservations about the integrity of the committee’s process. Instead we urge you to initiate an in-depth investigation of the allegations using the services of an independent outside investigator of high professional standing.”

It can be recalled that a group of anonymous staff had accused Adesina of multiple cases of abuse and breaches of the bank’s code of ethics. The allegations include various cases of alleged breaches of the code of conduct, unethical conduct, private gain, an impediment to efficiency, preferential treatment, and involvement in political activity, all affecting confidence in the integrity of the bank.

There were allegations of a certain number of appointments and departures deemed questionable and several contracts approved under Adesina’s leadership which were in violation of the bank’s statutory and ethical rules.

Although Adesina insisted on his innocence, having been cleared by the bank’s Ethics Committee of all charges brought against him, the whistleblowers expressed serious doubts about the ability of the African Development Bank to conduct an independent investigation. Therefore, they said they did not have enough confidence in the Ethics committee handling the case dispassionately.

The criticism by the United State Government, who is the biggest non-African shareholder, follows questions about the bank’s internal processes and comments by World Bank President, David Malpass in February that multilateral lenders including the AfDB tend to lend money too quickly, and in the process add to the debt problems in Africa. Adesina had refuted this claim, describing it as not fact based.

Previous ABIA GOVT TO PARTNER WITH ICAN IN MANPOWER DEVELOPMENT IN THE STATE..IKPEAZU
Next Ogunji : Sector Commander FRSC Abia Condoles With Ikpeazu Over The Death Of Commissioner For Environment Dr Solomon Ogunji