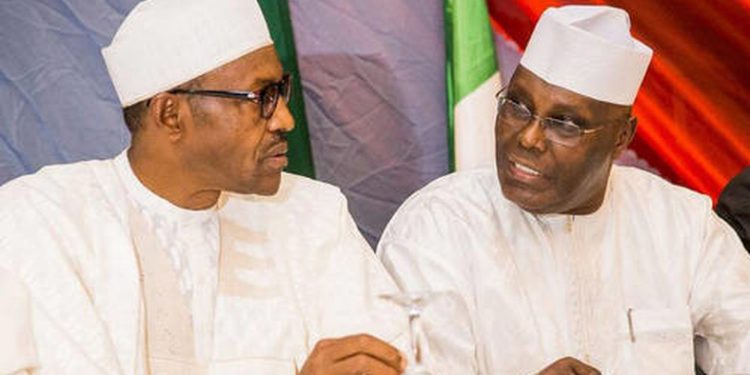 The Supreme Court has suspended proceedings to rule on an appeal by the Peoples Democratic Party (PDP) and its candidate in the last presidential election, for permission to be allowed access to a supposed server owned by the Independent National Electoral Commission (INEC).

The Presidential Election Petition Court (PEPC) had on June 24, 2019 dismissed an application by Atiku and the PDP requesting permission to have access to the central server, which they claimed INEC used for the February 23 poll.

It is the decision of June 24 that Atiku and the PDP now appealed at the Supreme Court.

A panel of the Supreme Court (led by Justice Datijo Mohammed after taking arguments from Eyitayo Jegede, SAN, (for the appellants); Yunus Usman, SAN, (for INEC); Wole Olanipekun, SAN, (for President Muhammadu Buhari) and Charles Edosomwan, SAN, (for the All Progressives Congress), rose briefly to consider the arguments and return for its decision.

The Election Petition Court, at the Court of Appeal, Abuja, had, while dismissing the application by Atiku and the PDP, held that INEC, having denied the existence of the said server and insisted that results of the election were not electronically transmitted into any server as claimed by the petitioners (Atiku and PDP), granting the application would amount to deciding the central issue in the petition at the interlocutory stage.

The court’s Presiding Justice, Justice Mohammed Garba, who read the ruling, added that granting the application would imply that the court had “indeed recognised and found out that there is a central server into which results of the held on February 23, 2019 were electronically transmitted by the 1st respondent (INEC).”