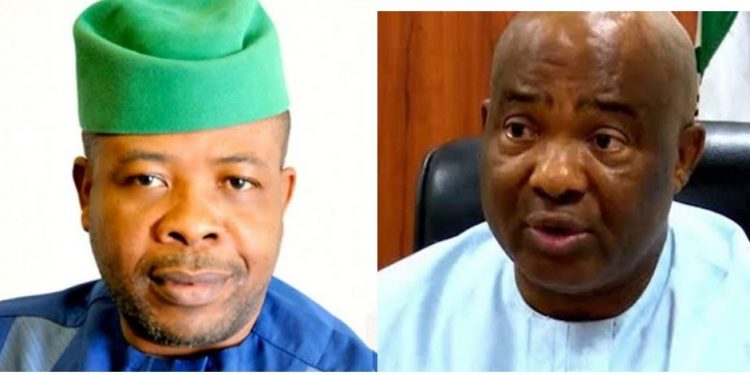 Imo Concerned Citizens Forum (ICCF), a group of young professionals and businessmen from Imo State, has urged residents of Imo to engage in fervent prayers for the state’s political impasse to be over.

The Convener of the Forum, Chief Kingsley Onwubiko, made the call on Sunday while speaking with newsmen in Enugu on the up-coming Supreme Court Imo State Governorship Election Judgment Review on Tuesday, Feb. 18.

He said that the forum regretted the attempt to use the Imo House of Assembly, an institution that should be the representative of the people, to try to stampede, cajole and intimidate Imo citizens from freely expressing their right to freedom of expression.

“As the Supreme Court is set to hear the application for review on Tuesday, Feb. 18, the group urges all Imolites to pray to God to deliver our dear state from current political impasse.

“The group decries the level of waste of resources as well as retrogression and backwardness protest and counter-protest had brought on Imo State and her people this few weeks.

“However, all hope is not lost as there are signs that there would be light at the end of the tunnel soon,’’ he said.

According to him, the forum is calling for continuous prayers from all Imo citizens, against those who are bent on derailing the gains of development and progress in Imo State.

Any Man Can Last 2.5 Hours In Bed By Doing This (Try It Tonight)

These 2 Vegetables Will Kill Your Belly Fat Overnight!

Reduce Your Belly Overnight With A Simple Trick!

These Drink Will Kill Your Belly Fat Overnight!

How To Get Rid Of Belly Fat. Lose 23 Kg In 2 Weeks. Recipe
Previous Post

We’d like to show you notifications for the latest news and updates.