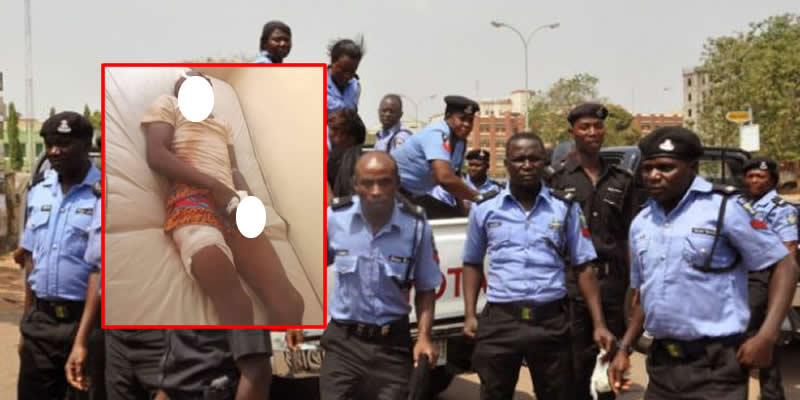 A police officer has allegedly shot dead an 18-year-old boy, identified as Awuzie Duru, because he retaliated when the officer slapped him.

He was allegedly killed within the premises of a new generation bank branch at Umuaka on Sunday, December 1.

According to reports, Awuzie, popularly known as Aboy, from Isiozi Aka in Umuaka, Imo state, had gone to the bank to withdraw money from the bank’s ATM gallery. The boy took his space on the line and other newcomers took their place behind him.

After a while, Awuzie left the line to answer a call. When he returned to take his place on the ATM queue, the bank customer who was behind him refused to let him back on the line. 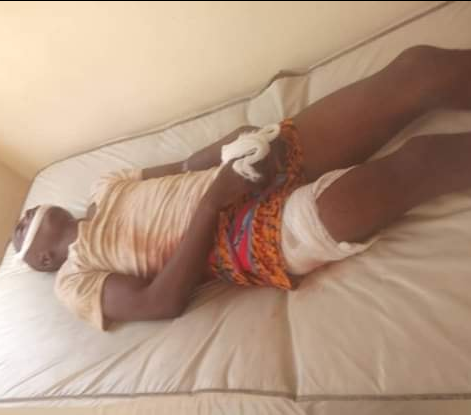 The fight soon turned physical and the policeman got involved and started scolding Awuzie.

According to The Nation, Awuzie then told the officer that he refused to do anything when the were simply exchanging words but wants to scold him now that it has turned into a physical fight.

At this, the officer reportedly slapped Awuzie for talking back at him. Awuzie slapped back and the officer allegedly shot him.

The boy’s killing stirred up tension in the town as the youths in the area began planning an attack on the police station.

According to village sources, the youths mobilised to attack the police station but some elders appealed to them to allow the police hierarchy handle the matter.

An elder in the area told The Nation: “I can tell you that the boys were not happy with the matter is that policeman killed the boy over an altercation. So, they had mobilised to burn down the station to show their anger and loss.

“But, some of us had to intervene because this kind of thing has happened here before about 15 years ago when some policemen caused the death of some people in Umuaka here and our youths burned down the police station. So we don’t want this kind of thing to happen anymore.

“Some of them are still planning to launch an attack but we’re still appealing to them.”

The state police commissioner, Rabiu Ladodo confirmed the incident. He added that the command was doing everything possible to contain any further crisis that might arise from the incident.

Ladodo also disclosed that the policeman involved had been arrested and will be punished if found guilty. 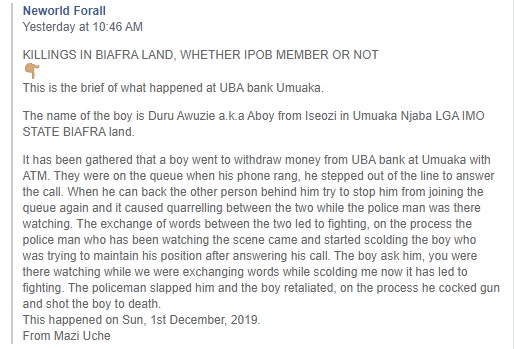 Previous Kogi : Children of Burnt Kogi PDP Woman Demand Justice
Next I want to see the real Nigeria,Cardi B, cries Out From her Hotel room