Pastor Benny Hinn : Prosperity Gospel Is An Offense To God and Holy Ghost (RNS) — Prominent televangelist Benny Hinn has captured headlines over the past week for seemingly renouncing the prosperity gospel on which he built his ministry.

“I’m sorry to say that prosperity has gone a little crazy, and I’m correcting my own theology,” Hinn said in a recent “Your LoveWorld” broadcast shared Sept. 2 on the Benny Hinn Ministries Facebook page and YouTube channel, “because when I read the Bible now I don’t see the Bible in the same eyes I saw the Bible 20 years ago.”

But some have questioned whether the announcement is the about-face it has been presented as, pointing to similar statements Hinn made more than a year ago.

Hinn, who co-founded the LoveWorld USA TV channel in 2017, has traveled the world preaching miraculous healings and the prosperity gospel for more than 40 years, according to Debra J. Mumford, professor of homiletics at Louisville Presbyterian Theological Seminary and author of “Exploring Prosperity Preaching: Biblical Health, Wealth, & Wisdom.”

The prosperity gospel is a theology that teaches that God wants people to have health and wealth, Mumford said. In Hinn’s case, those healings have been tied to requests for sometimes large sums of money.

“He’s an international icon for the prosperity gospel in the sense that he has influenced so many people. That’s one of the reasons why, with him saying something like he said, there are reverberations not just in the United States, but pretty much around the world,” she said.

In the Sept. 2 video, Hinn said he is now breaking with friends in Christian ministry who preach a prosperity gospel focused on wealth.

“I think it’s (an) offense to the Holy Spirit to place a price on the gospel. I’m done with it. I will never again ask you to give a thousand or whatever amounts because I think the Holy Ghost is just fed up with it.” 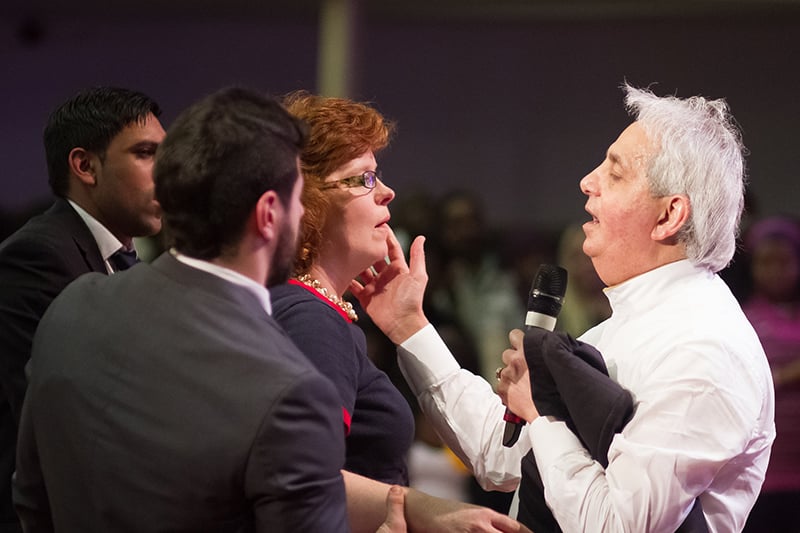 Pastor Benny Hinn prays over an individual during a service on Jan. 27, 2014. Photo courtesy of House of Praise/Creative Commons

The televangelist said his thoughts about the prosperity gospel have changed over time.

“If you are not giving because you love Jesus, don’t bother giving. I think giving has become such a gimmick it’s making me sick to my stomach,” he said. “And I’ve been sick for a while, too. I just couldn’t say it. And now, the lid is off. I’ve had it.”

Though Hinn said he was “making this statement for the first time in my life,” he has previously suggested he was rethinking his interpretation of certain passages in the Bible often used to defend prosperity gospel teachings.

Following the death of Billy Graham in February 2018, he said in a Facebook Live video that, while he believed the Bible does teach prosperity, “I think some have gone to the extreme with it, sadly.”

“It’s not God’s word that is taught, and I think I’m as guilty as others,” he said in the 2018 video. “Sometimes you go a little farther than you really need to go, and then God brings you back to normality and reality.”

At the time, he said, he had come to believe that prosperity means not “palatial homes and cars,” but rather “no lack.”

“It’s time to live biblically,” he said, adding, “We all want to finish right.”

Mumford said the televangelist has been “hinting” about a shift in his beliefs for months or even years.

“This statement was more definitive than some he has made in the past,” she said.

RELATED: Why I used to believe in the prosperity gospel like Kenneth Copeland believes (COMMENTARY)

Hinn’s nephew, Costi W. Hinn, recently wrote a Religion News Service column about his own departure from the controversial theology.

“I grew up in the prosperity gospel. I lived it, believed it and bankrolled it,” he wrote. “My family was at the center of it, with Uncle Benny leading the charge, until eventually my eyes opened to the exploitation and abuse of it.”

In that column, Hinn’s nephew concluded that “prosperity preachers who exploit the poor and target sick people in Third World countries have a scary reality awaiting them in the next life if they don’t make things right in this one.” 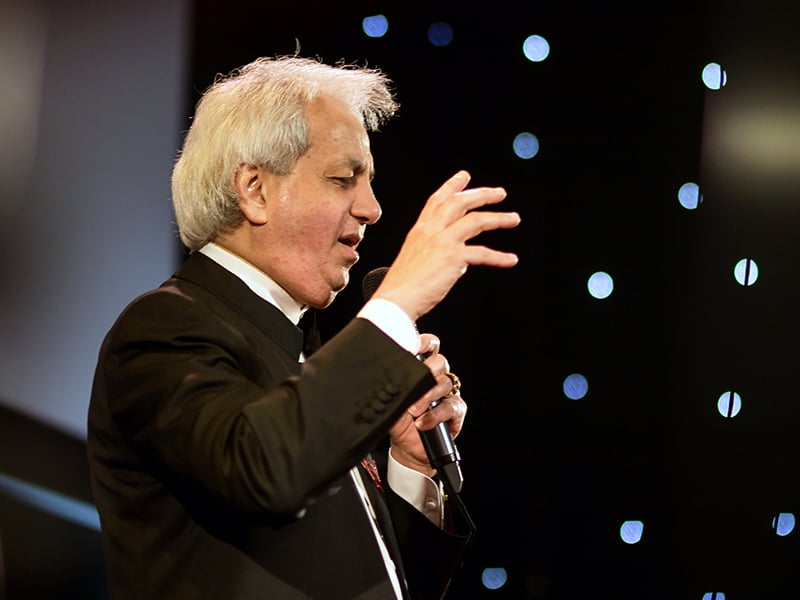 His uncle said in his Sept. 2 appearance that his own eternal fate figured into the announcement.

“I don’t want to get to heaven and be rebuked,” he said.

Hinn’s ministries have been the subject of investigations over the years, including by the Internal Revenue Service in 2017 and Sen. Chuck Grassley, R-Iowa, who concluded a three-year inquiry of alleged lavish spending by six prominent broadcast ministries in 2011. Hinn’s was one of two ministries that was found to have made “significant reforms” to their operations, according to a report released after Grassley’s probe.

Mumford said it’s too soon to tell how Hinn’s announcement will impact other prosperity gospel preachers around the world — or even Hinn’s ministry.

As recently as three weeks ago, she said, Benny Hinn Ministries posted a video in which the televangelist said “a financial miracle demands a financial act.”

Others have claimed online that his ministry posted and then deleted a video in which he asks viewers to send him $120 even after Hinn’s most recent announcement. They’ve also said that his previous statements are proof this week’s disavowal isn’t genuine.

“My question to Benny Hinn is: You’ve benefited from this for 40 years. What is your repentance going to consist of?” Mumford said.

“Is it just words? Is this just a symbol, or are you somehow going to pay back some of that money that you received from people who believed in your message?” 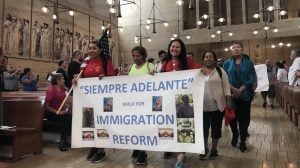