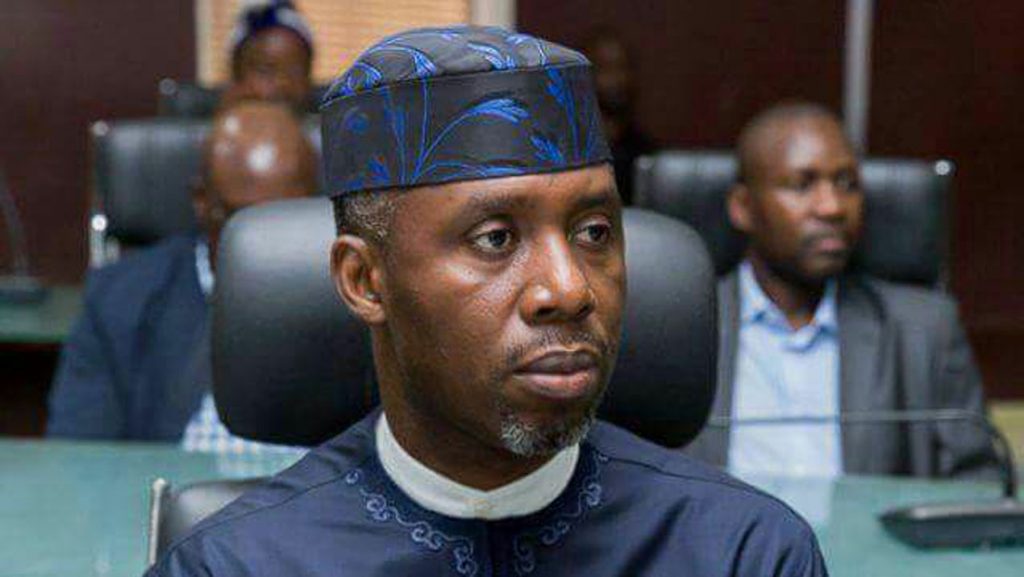 The Federal High Court in Abuja on Monday ordered the Independent National Electoral Commission to remove the name of Uche Nwosu as a governorship candidate in the last election held in Imo State.

Justice Inyang Ekwo voided Nwosu’s candidacy on the grounds of double nomination by two political parties, the All Progressives Congress and the Action Alliance,  in violation of section 37 of the Electoral Act.

This came as Nwosu, a son-in-law to the immediate-past governor of Imo State, Rochas Okorocha, is currently pursuing an election petition at the state’s Governorship Election Petition Tribunal, as the candidate of Action Alliance, challenging the victory of the Peoples Democratic Party and its candidate, Emeka Ihedioha, in the March 11, 2019 poll.

In his judgment on Monday, Justice Ekwo upheld the the case of the plaintiffs, the Action People’s Party and its Deputy National Chairman, Mr. Uche Nnadi, to the effect that Nwosu’s governorship candidature was null and void on the grounds of multiplicity of nominations as he governorship candidate of both the APC and AA.

Justice Ekwo declared that the nomination of Nwosu by AA as a governorship candidate “is invalid, null and void, having been made at the pendency of similar nomination of the 2nd defendant (Nwosu) by the All Progressives Congress for the same position”.

The judge noted that Nwosu affirmed to be the APC’s governorship candidate in his statement on oath sworn before the High Court of the Federal Capital Territory.

He noted that Nwosu participated in the APC’s primary held on October 6, 2018 and was subsequently nominated as the party’s governorship candidate.

While laying claim to the APC’s governorship ticket, amidst stiff opposition from members of the party, he was said to have on October 9, 2018, obtained an order of Justice Valentine Ashi (now deceased) of the High Court of the Federal Capital Territory, Abuja, recognising him as the valid candidate of the party.

In the midst of this, Nwosu was also offered the ticket of the AA.

Delivering judgment on the plaintiffs’ case on Monday, Justice Ekwo said, “There is no controversy that, on October 6, 2018, the 2nd defendant (Nwosu) had himself nominated as the governorship candidate of the APC.

“Furthermore, there is no controversy that, to secure his nomination by the APC, the 2nd defendant on October 9, 2019, obtained an order of the High Court of the Federal High Court which subsists having not been set aside.”

Justice Ekwo held that Nwosu, through his lawyers, failed to offer any valid rebuttal to the plaintiffs’ evidence that he was nominated by both the APC and the AA, while INEC filed no papers in the case.

The judge ruled, “It is illegal in the eyes of the law. No one is allowed to benefit from an illegal act.

“The 2nd defendant allowed himself to be nominated by the APC and the 3rd defendant (AA).”

He therefore said,  “It is hereby declared that the nomination of the 2nd defendant by the All Progressives Congress and Action Alliance, the 3rd defendant, is invalid, null and void and constitute violation of section 37 of the Electoral Act 2010 (as amended).

“An order of this honourable court is hereby made directing the 1st defendant (INEC) to remove the name of the 2nd defendant (Nwosu) as the governorship of the 3rd defendant (AA) in the 2019 Imo State governorship election for multiple nomination in violation of the provision of section 37 of the Electoral Act 2018 (as amended).

“An order of this honourable court is hereby made restraining the 1st defendant (INEC) from giving value to any act done in pursuance of the 2nd defendant purported candidature of the 3rd defendant (AA) and/or any other political party in the 2019 Imo State governorship election.”

The judge earlier dismissed Nwosu’s preliminary objection and picked holes in the defence he and the AA separately filed against the substantive suit.

Dismissing the preliminary objection, Justice Ekwo ruled that the provision section 285(9) of the Constitution which stipulates that a pre-election case must be filed within 14 days of the occurrence of the event being complained of, was not applicable to the case.

But Justice Ekwoe held that the intention of section 285(9) of the Constitution cited by Nwosu’s legal team was not to make the court “to gloss over all acts prohibited by the Electoral Act”.

He added, “It will mean that section 285(9) of the Constitution is capable, by effect, of allowing a void, illegal or prohibited act to stand and the person behind the act to benefit from the act that is void ab initio.

“It must be said that an illegal or prohibited act does not become legal by virtue of being time-barred,” the judge added.

He also ruled that the suit was not an abuse of court processes since it was filed to seek an interpretation of the provision of the Electoral Act.

He also held that by virtue of the provision of section 37 of the Electoral Act, the plaintiffs, despite that they did not participate in the election, possessed the locus standi (legal right) to file their suit.