FG : No Attack On Buhari by IPOB 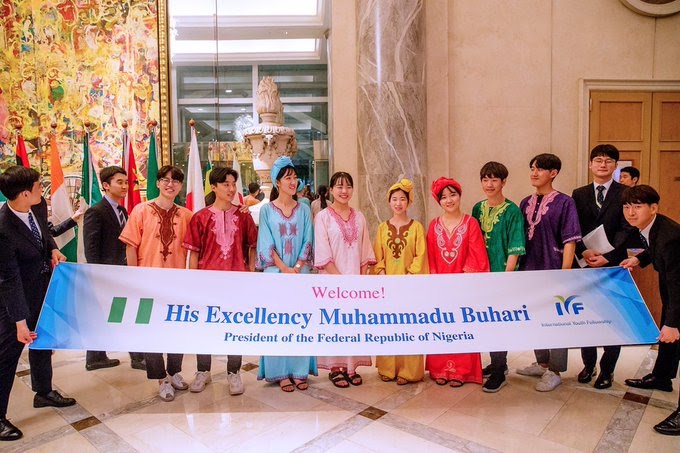 The Presidency has denied several stories and visuals circulating in the social media about the purported harassment of President Muhammadu Buhari by members of the proscribed Indigenous People of Biafra in Japan.

It said on Monday that Buhari had had nothing to do with IPOB since arriving in Yokohama, Japan.

The President had jetted out of the country on Sunday to attend the Seventh Tokyo International Conference on African Development.

The Presidency claimed that the stories and visuals were the handiwork of “hate mongers”, whose aim was to attempt to tarnish the image of Buhari.

In a statement by the Special Adviser on Media and Publicity to the President, it noted, “The proscribed Indigenous People of Biafra group has had nothing to do with President Muhammadu Buhari since he arrived Yokohama, Japan, on Monday.

“Nigerians at home and in the Diaspora are urged to disregard concocted stories, backed with spurious visuals, of any protest or harassment of the President and his team.

“It is the stock-in-trade of hate mongers, who do not realise that the rest of Nigerians have left them far behind.

“President Buhari will make his presence at the Seventh Tokyo International Conference on African Development (TICAD7) count for Nigeria, and no scare-mongering or sabre-rattling will detract from the outing

PORTRAIT OF A CONSUMMATE MANAGER OF MEN AND RESOURCES

PORTRAIT OF A CONSUMMATE MANAGER OF MEN AND RESOURCES