Fathia Abdullahi, a 12-year-old Nigerian girl, has begun to gain global recognition after she created a laundry-folding robot that folds clothes in “three seconds” — barely a year after she started coding.

According to Reuters, the young programmer started coding at the age of 11.

Fathia also said she designed the robot prototype to fold T-shirts because “there are too much clothes to fold” during the weekends.

She looks to achieve much more with the skill if she pulls through with her dream of becoming a food scientist in the nearest future.

“I made the T-shirt folder because there are too many clothes to fold on Saturdays and Sundays when you wash a lot. I made it using some pins, some beams, and EV3 brick,” Fathia said while responding to questions as regards the motivation for her innovation.

“I started coding at the age of 11. I decided to build the robot because that’s the problem we have at home. We wash clothes and there are always lots of T-shirts to fold.

“I’d love to be a food scientist when I grow up. I’ll be able to use coding to build so many things that would help me.” 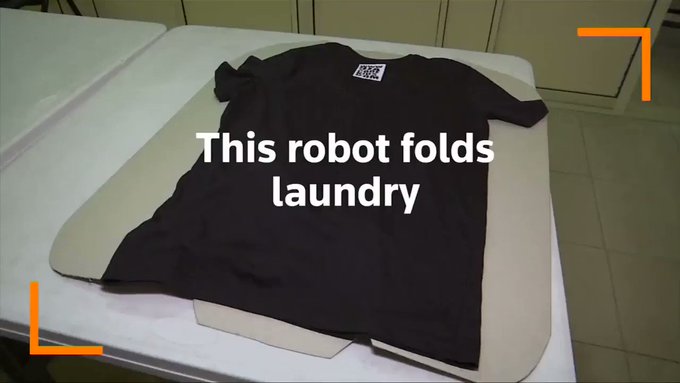 1,879 people are talking about this

Although she had revealed the robot was just a prototype, the talented programmer said she intends to develop the tech for sale to the local market.

Fathia is, however, not the only one who has impressively deployed coding skills into easing everyday house chores.

In a similar bid to “make daily tasks easier”, Oluwatobiloba Owolola, who is also 12, programmed a robot grabber that senses nearby objects and moves them to a more desired location.

On account of his one-time obsession and fondness for coding, the young boy said he looks to carve out a career for himself in robotics engineering.

Move over Marie Kondo! These Nigerian coding kids have built a robot that folds clothes for you!

Fathia & Oluwatobiloba are 12-years old and use their skills to build robots that help with housework – which definitely ‘sparks joy’ in us! 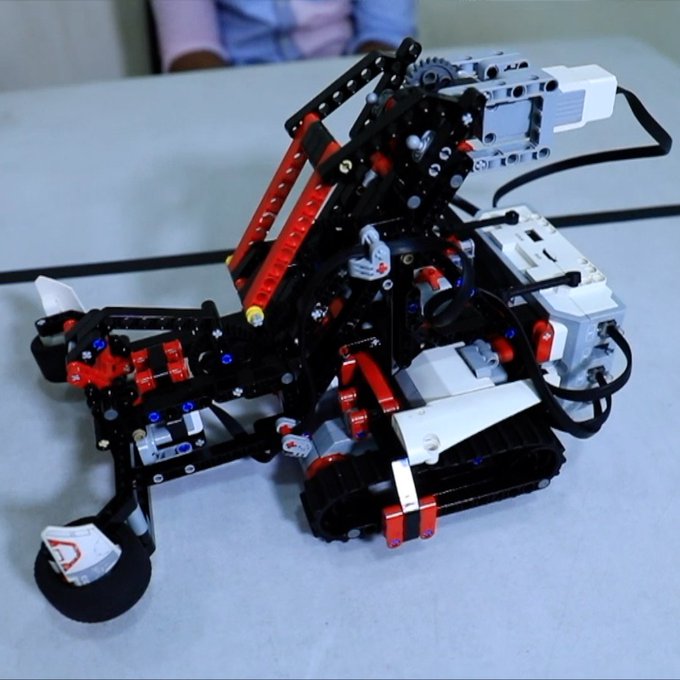 3,663 people are talking about this

“This is the robot grabber. I programmed it to identify the object, grab it and take it to another position. I started coding when I was ten. I found Lego Robotics interesting that I wanted to do all through,” Oluwatob