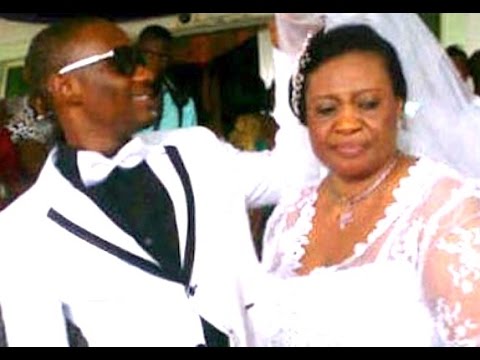 Drama as a 47-year-old mother in Malawai has married her biological 30-year-old son in a simple white wedding.

The news about their marriage has caused disgust amongst netizens in Malawi and beyond.

In a publication in one of the Malawian newspapers, the woman, Memory Njemani revealed that she married her son because she has invested a lot in his education.

In her opinion, it’s her investment so another woman cannot reap where she did not sow.

“I invested a lot of money in the education of my son. Why should another woman be married to him and enjoy my hard work I invested in him? That will not happen. I’m marrying my son so that we don’t empower other women who have been aborting ” she lamented.

However, netizens have accused the mother of bewitching her son into marrying her because no man in his right senses will make such a move. 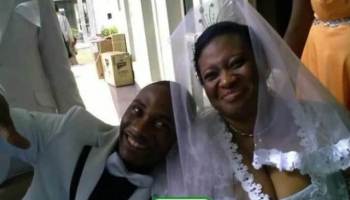 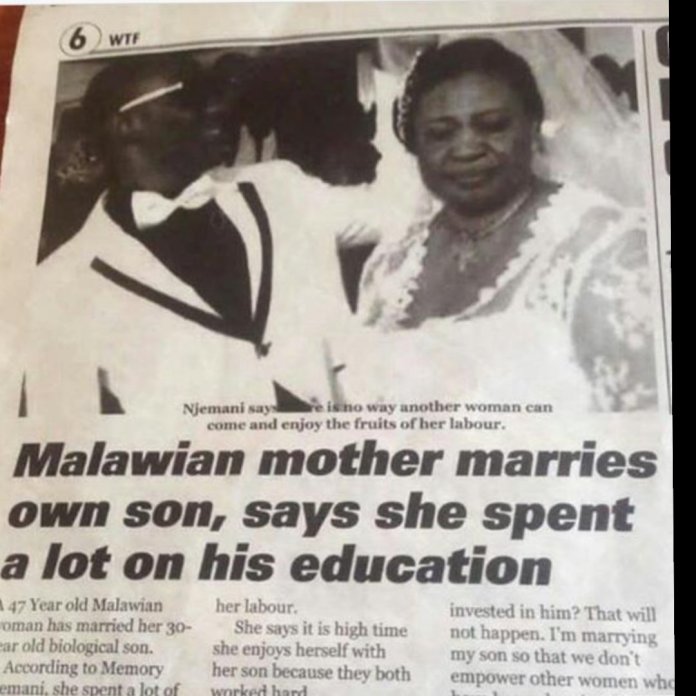